The BFG 22 July Steven Spielberg Here's a lot not quite right and even flat-out wrong with "The BFG," and we'll get to that. There's also a lot that's very, very right, starting with Mark Rylance's astonishing performance-capture portrayal of the Big Friendly Giant created by author Roald Dahl. The right stuff makes it worth seeing. 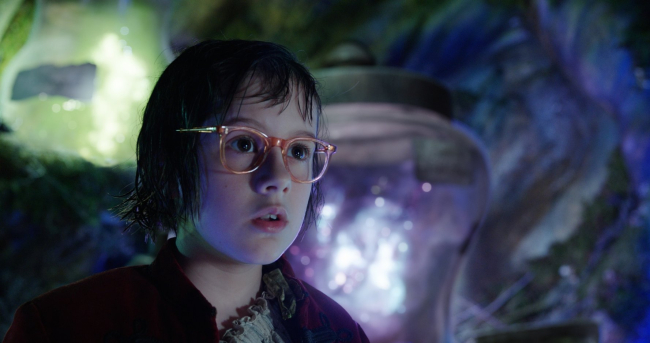 Like millions of other kids, I cherished the droll wish-fulfillment sadism of Dahl's earlier works "Charlie and the Chocolate Factory" and "James and the Giant Peach," though my relationship to "The BFG" (published in 1982) is strictly after-the-fact. (I read it after seeing the movie.) Director Steven Spielberg, 69, and screenwriter Melissa Mathison, who wrote "E.T." and "The Black Stallion" and who died in 2015, struggled for years to figure out how to film "The BFG." The director claimed he needed to wait for digital cinematic technology to catch up with the story's fantastical demands.

While the results on that score are mixed, the actor born to play the resident sweetie of Giant Country, who befriends the 10-year-old orphan, Sophie, turns out to have been fully worth the wait. Rylance, a supremely versatile stage and screen actor, is Spielberg's new favorite guy. They collaborated on "Bridge of Spies," for which Rylance's performance as Russian spy Rudolf Abel won a supporting actor Oscar. They have two more joint projects on the runway: "Ready Player One," science fiction, followed by the historical drama "The Kidnapping of Edgardo Mortara."

What Rylance accomplishes in "The BFG" is akin to what Andy Serkis achieved as Gollum in the "Lord of the Rings" trilogy, or what Serkis brought to the "Planet of the Apes" remakes. But there's something new going on here, more dimensional and interesting. For one thing, they finally got the teeth and eyes right. For another, the digital completion of the performance feels more like performance capture than performance erasure. Rylance is not defeated by the technology.

In this sort of motion-capture assignment, the actor wears a heavily wired bodysuit and performs fantasy adventure film the scenes, which later get filled in and fleshed out visually by other means, other creative artists. The actor is the line drawing; the finished product, the digital animation/live-action hybrid, becomes the full-color illustration.

The lanky 24-foot giant at the heart of Dahl's story has enormous, sensitive ears as well as a fantastically creative penchant for malaprops and parallel-universe verbiage. My favorite: "telly-telly bunkum box" for TV set, though in a few years, we'll have to explain a TV set to the young people.

Ruby Barnhill plays the bespectacled insomniac Sophie, who spies the BFG one night skulking around her midland England village. Worried she'll tell on him, the giant plucks Sophie from her orphanage bed and whisks her off to Giant Country. Like the book, the movie gets right to it, no exposition or horsing around, and everything about the way Spielberg and his team imagine the first 20 minutes is just about perfect, especially the degree and the tone of the scariness, which never feels harsh or assaultive.

The plot has been streamlined and softened by Mathison, who stripped it of Dahl's gleefully patronizing colonialist wisecracks (references to Greece, Iraq and other nations plagued by child disappearances and apparent kid-munching). It stays close to Sophie's perspective. Through her eyes we learn the BFG's profession (dream catcher), and his lot in life (bullying victim of the nine "cannybull" giants who torment him, voiced and motion-captured by Jemaine Clement and Bill Hader, among others). Sophie sticks up for him, and he for her, and together they pay a visit to the Queen of England (Penelope Wilton) to convince her that giants exist, and that the horrible nine must be dealt with.

Is it enough for a satisfying screen fantasy, particularly when so Mark Rylance, Ruby Barnhill, Penelope Wilton, Jemaine Clement, Rebecca Hall, Rafe Spall and Bill Hader. much of the book's appeal relies on Dahl's exquisite verbal flourishes? This is where Spielberg's film seems destined to become a splitter, with restless audiences on one side, charmed audiences on the other. Watching "The BFG" I spent time in both camps.

The action sequences, where Sophie scurries out of sight in the BFG's cottage to avoid being seen by the cannybull giants, favor elaborate, extended Rube Goldberg physical comedy. They're fun for a while, and then they go on, and then 2016 Cannes Film Festival on some more. In this regard "The BFG" is the precise opposite of "The Adventures of Tintin," Spielberg's 2011 motion-capture extravaganza; in that picture, the chases were the only scenes that clicked. In "The BFG," you keep waiting for the character stuff to take center stage again, because it actually matters, and works.

Spielberg tips his hat to all sorts of earlier filmmakers, usually on the fly, from Hitchcock (a close-up of Sophie's eyeglasses recalls a shot from "Strangers on a Train") to Kubrick (not one but two musical selections come from the same classical songlist "Barry Lyndon" used). Most of the music is original, composed by John Williams, writing some of his most delicate and intriguing material in a while. Yet the sheer volume of scoring works against the magic.

The best scenes take their time: I loved the massive brunch prepared by the queen's staff for the BFG's introduction to the highest high society, though the fart jokes (the book had them, more selectively) recall the live-action "Flubber" and I don't mean that as a compliment. Up and down, down and up the movie goes, and inarguably it's 20 minutes longer than Dahl's compact story requires. Yet I was so tickled and moved by Rylance's interpretation, highly emotional in surprising ways, the problems didn't matter much to me. For once, underneath all the motion capture folderol, the key performance really does feel like a full, real, vital performance.